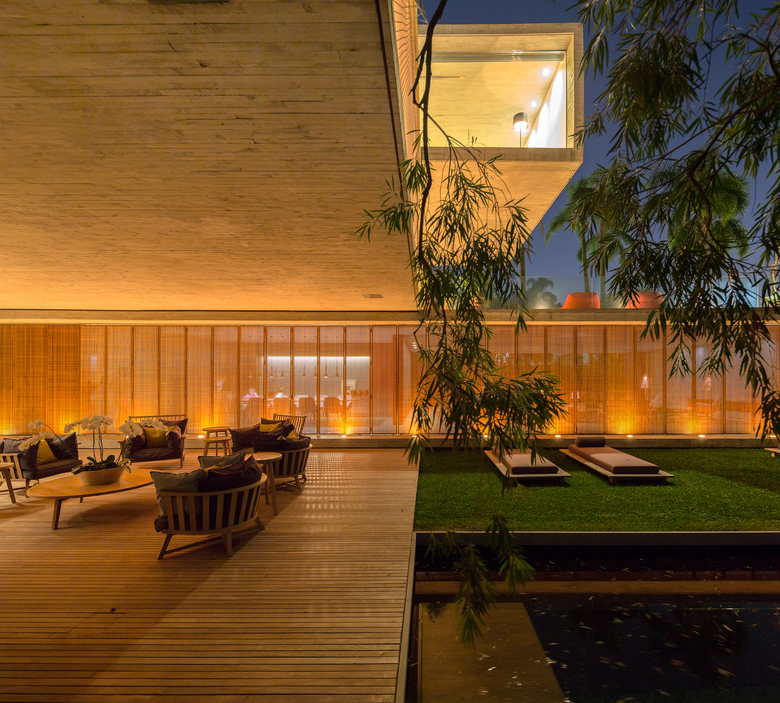 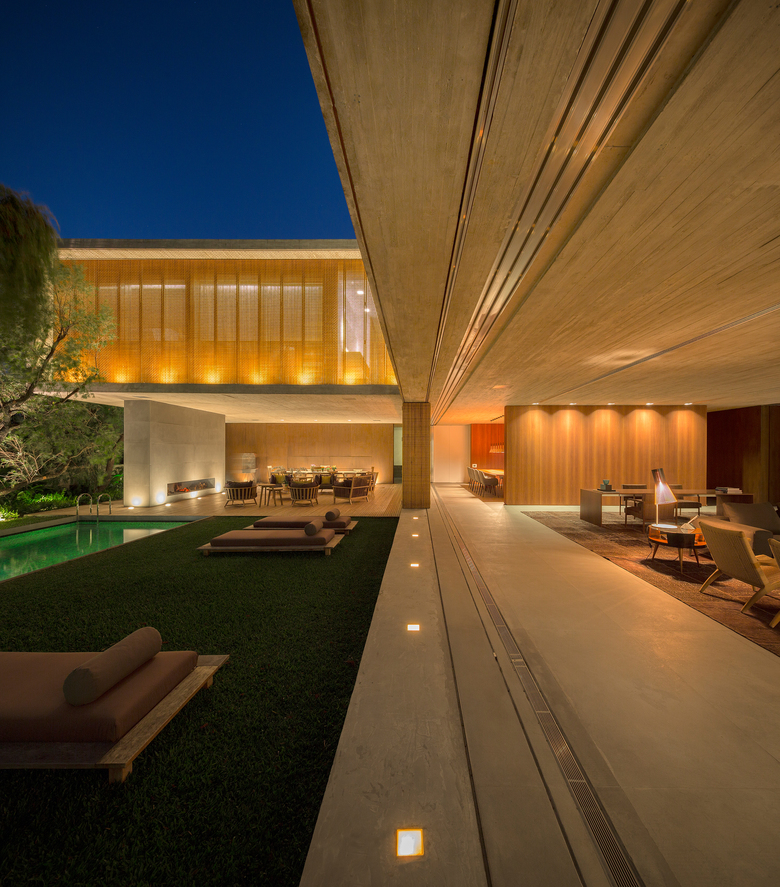 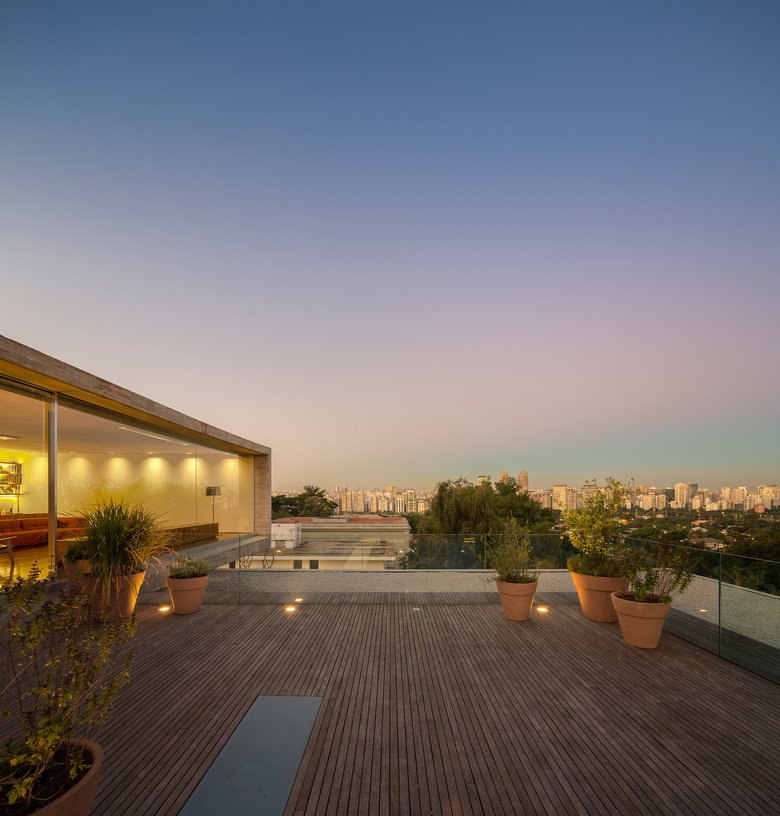 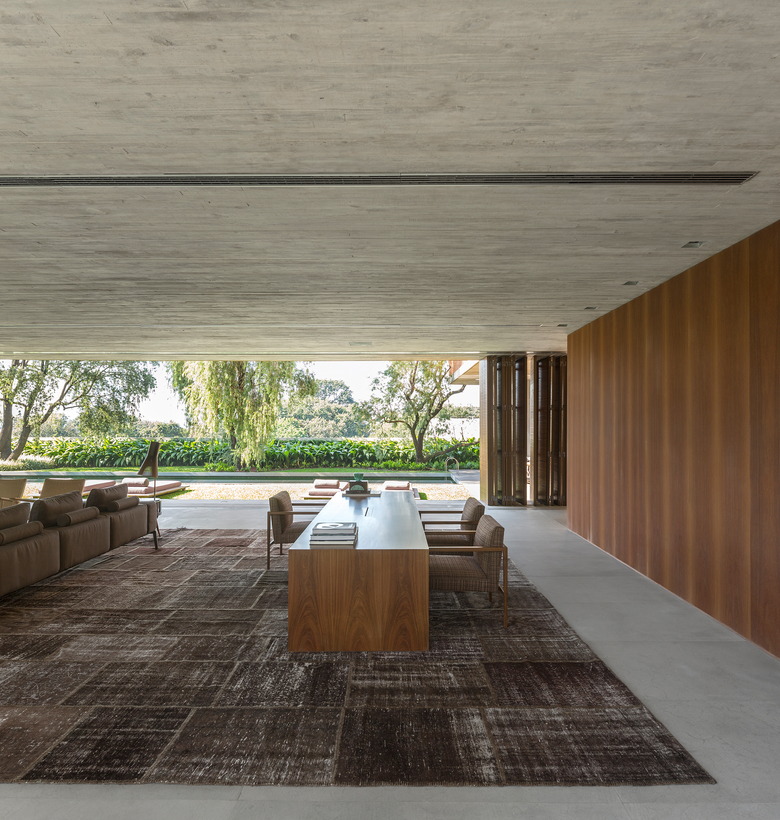 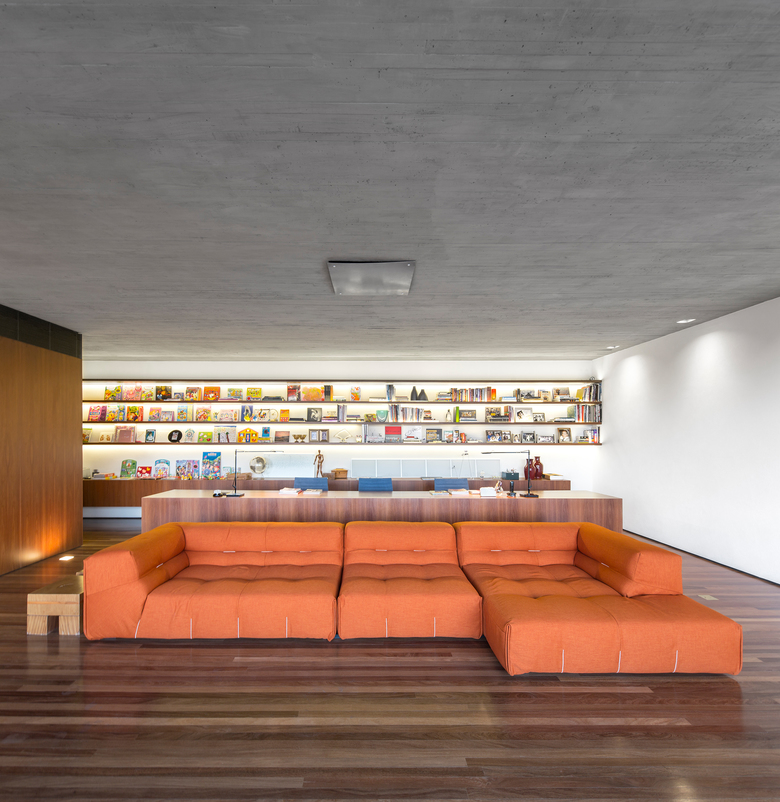 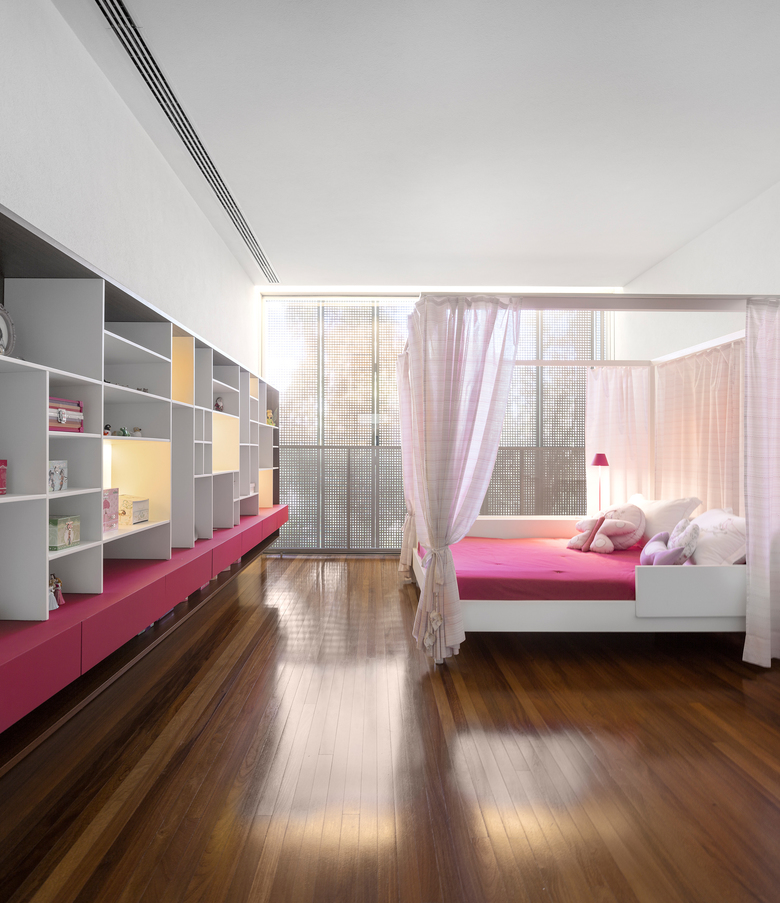 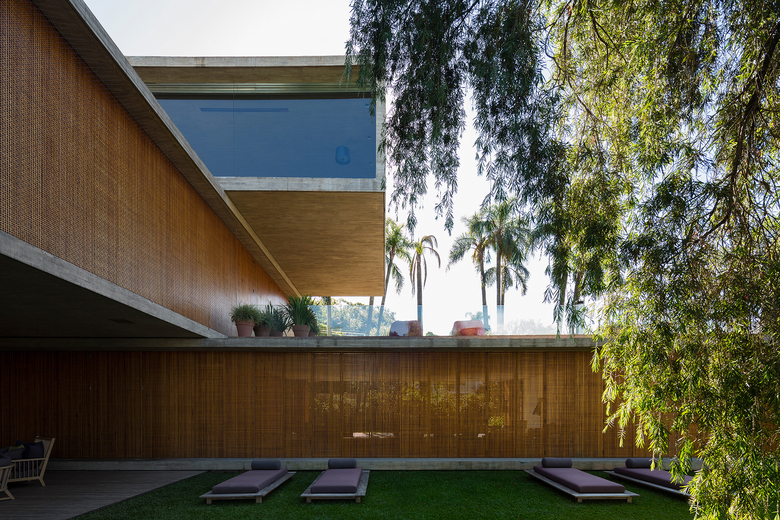 The P house is a puzzle game. Rotating three volumes around one nucleus generated not only a particular spatial dynamic, but also different visual relations between empty and full, between the private and semiprivate areas and the view of the city.

The site is located on the other side of the Pinheiros River, one of the main rivers that define and cut into the city of São Paulo, in an essentially residential neighborhood, Morumbi. From there it is possible to see the entire valley filled with gardened houses, the river and, on the other margin, another hill, the corporate area of the city drawing the metropolitan skyline with its typical skyscrapers.

The program boasts three floors: a garden, a terrace with fireplace and barbecue, home theater, dining and living rooms, washroom, kitchen, four bedrooms, office and family room. In the basement: a garage, laundry room, utility rooms and a gym. The nucleus of the circulation is made of a continuous staircase joined in a structural wall. This block, which organizes the structure and distributes the fluxes, is the pivot around which the boxes revolve.

The volumes are developed to create constant and distinct relations between the inner and outer spaces. The bedrooms on the second floor look out to the pool and take advantage of the deck above the roof of the living and dining rooms. The box comprising the bedrooms projects outwards over both sides of the first box. From one side, the cantilever determines the main entrance of the house and, on the other, it shades the terrace.

The spiral movement continues with the third box, supported by the second and projecting outwards over the first. It shades the window of the master bedroom and part of the deck while, simultaneously, creates new visual relations with the other bedrooms and the terrace.

All of the boxes are bare concrete frames. The living room and the bedrooms have their sides closed by freijó wooden folding panels which filter the light and allow for permanent crossed ventilation. The family room, on the top floor is enclosed by glass, to preserve the view.

The result strengthens interactions, the crossing of eye views and vectors through the garden: eyes that see the view and the treetops around the pool, eyes that are turned back to the house itself, its volumetry and, above all else, to its own life.