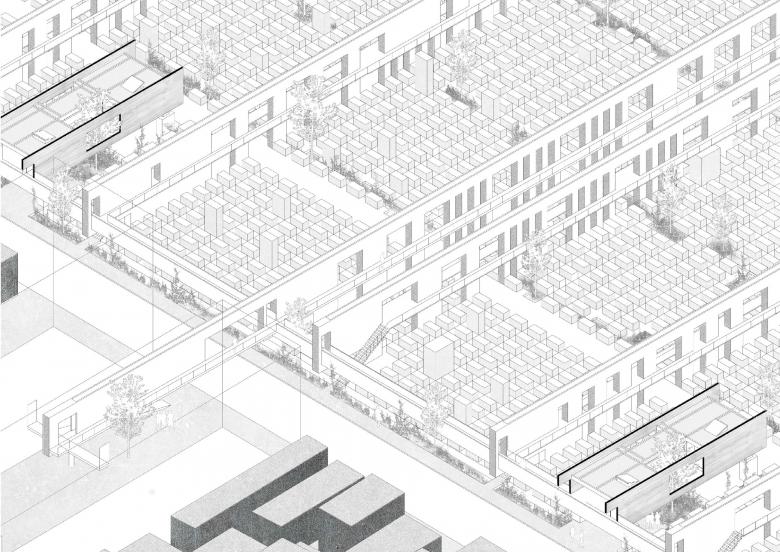 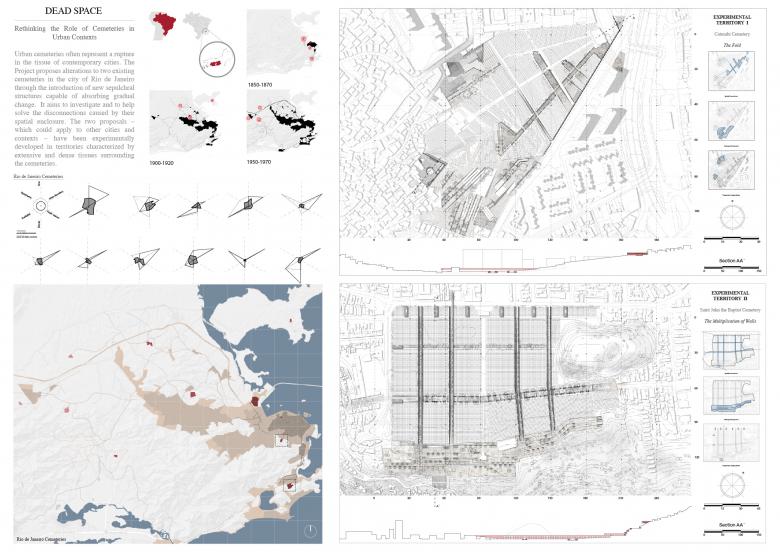 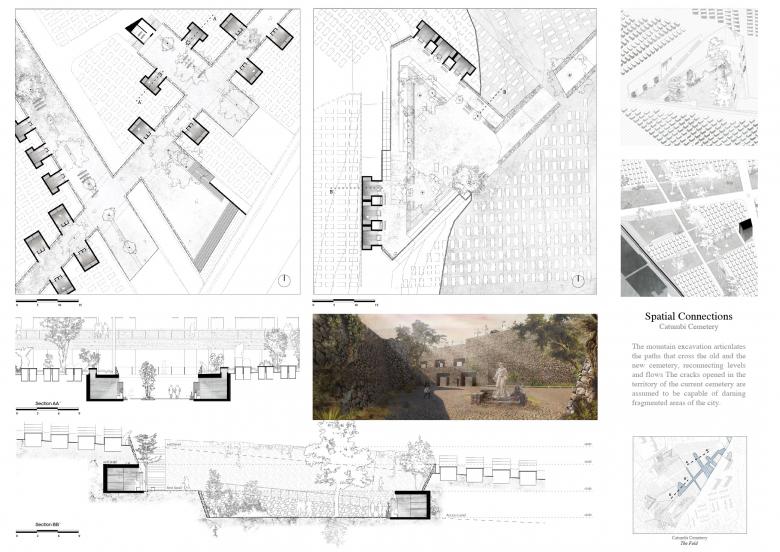 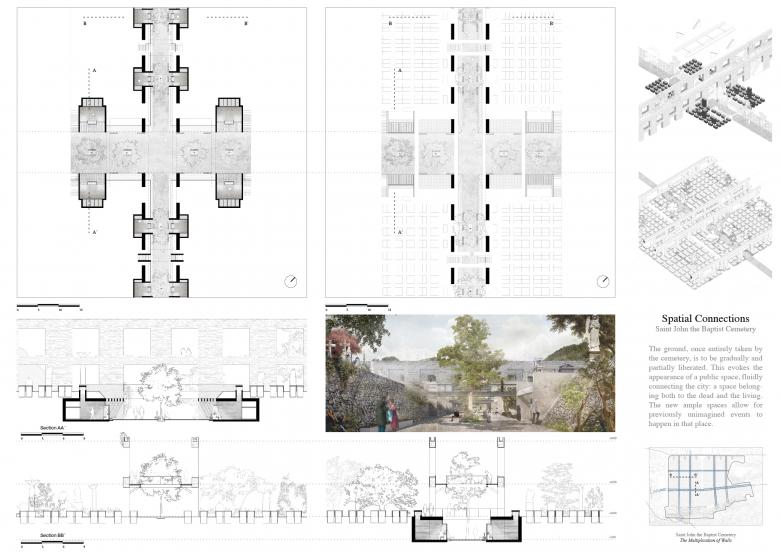 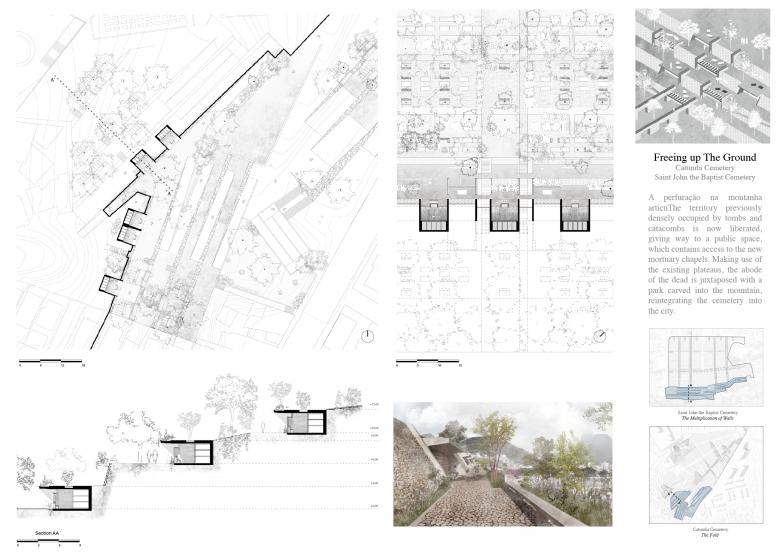 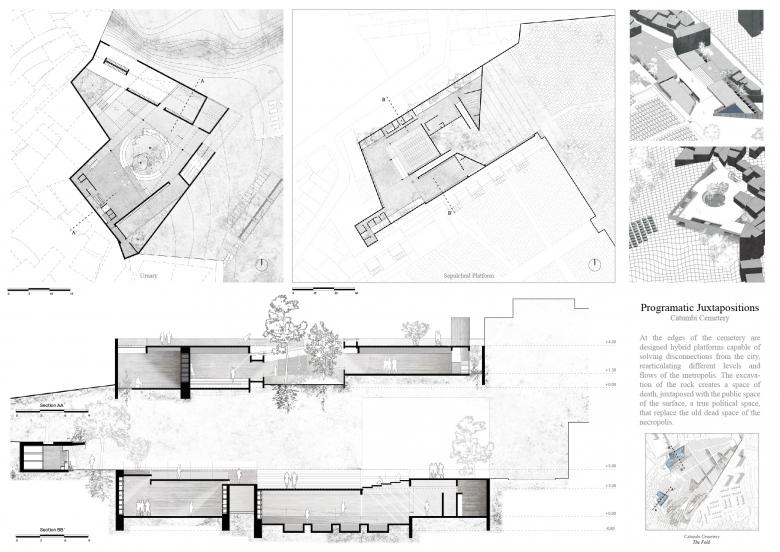 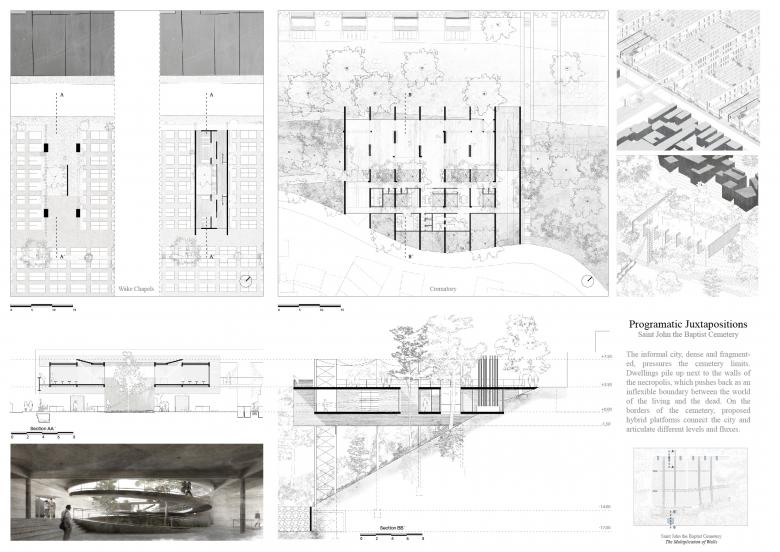 Rethinking the Role of Cemeteries in Urban Contexts

Urban cemeteries often represent a rupture in the tissue of contemporary cities. Exploring the limit between the sacred and the profane is a precondition to establishing the relationship between city and cemetery. The Project proposes new structures capable of altering the spatial character of the necropolis and its relationship to urban space.

In the beginning of the eighteenth century, the cemetery was displaced to the periphery of cities in an attempt to hide death. With time, these places were reabsorbed as cities expanded, and came to represent ruptures or disconnections in the urban tissue of contemporary cities. In some contexts, the cemetery became surrounded by extensive areas of precarious and marginalized settlements. Surrounded by walls and spatially isolated from the city, cemeteries represent a symbolic end, but also a spatial dead-end. Seen as undesired places, life seems banned from its limits: a place restricted to the ultimate state of human crisis brought by death.

The Project proposes alterations to two existing cemeteries in the city of Rio de Janeiro through the introduction of new sepulchral structures capable of absorbing gradual change. It aims to investigate and to help solve the disconnections caused by their spatial enclosure. The two proposals – which could apply to other cities and contexts – have been experimentally developed in territories characterized by extensive and dense tissues surrounding the cemeteries. Despite differences, both present non-homogenous limits between cemetery and precarious settlements and their spaces alternate between overcrowded and underutilized. One common architectural solution to the urban pressures of the necropolis is to build vertically. There is, nevertheless, a symbolic contradiction between the permanence of death and the impermanence of a building destined to become ruins. In opposition to that, the proposal builds on the symbolic strength of the ground, transforming and reconfiguring it. The ground, once entirely taken by the cemetery, is to be gradually and partially liberated. This evokes the appearance of a public space, fluidly connecting the city: a space belonging both to the dead and the living. The new ample spaces allow for previously unimagined events to happen in that place. The informal city, dense and fragmented, pressures the cemetery limits. Dwellings pile up next to the walls of the necropolis, which pushes back as an inflexible boundary between the world of the living and the dead. On the borders of the cemetery, proposed hybrid platforms connect the city and articulate different levels and fluxes. They aim to materialize the superposition of two worlds that seemed antagonistic. The excavated rock creates a space for the dead, juxtaposed to the public space above it: a veritable political space, born of the dead space of the necropolis. Strategies of freeing up the ground, spatial connection and programmatic juxtaposition further conform the set of operations aimed at rethinking the relationship between city and cemetery.