The Other, the Same 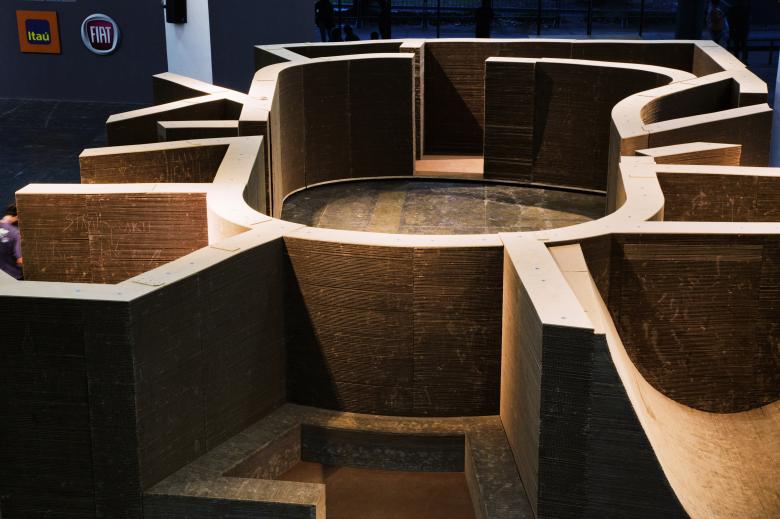 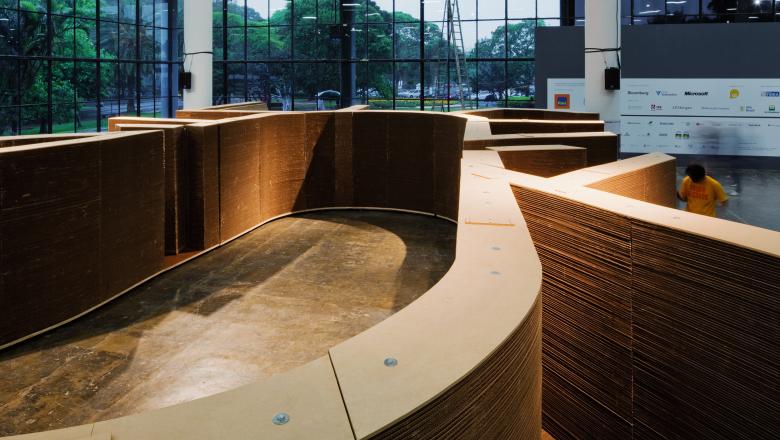 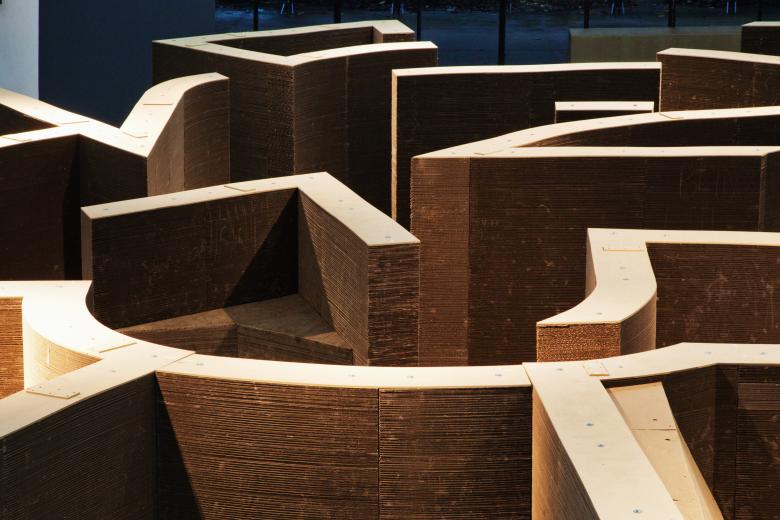 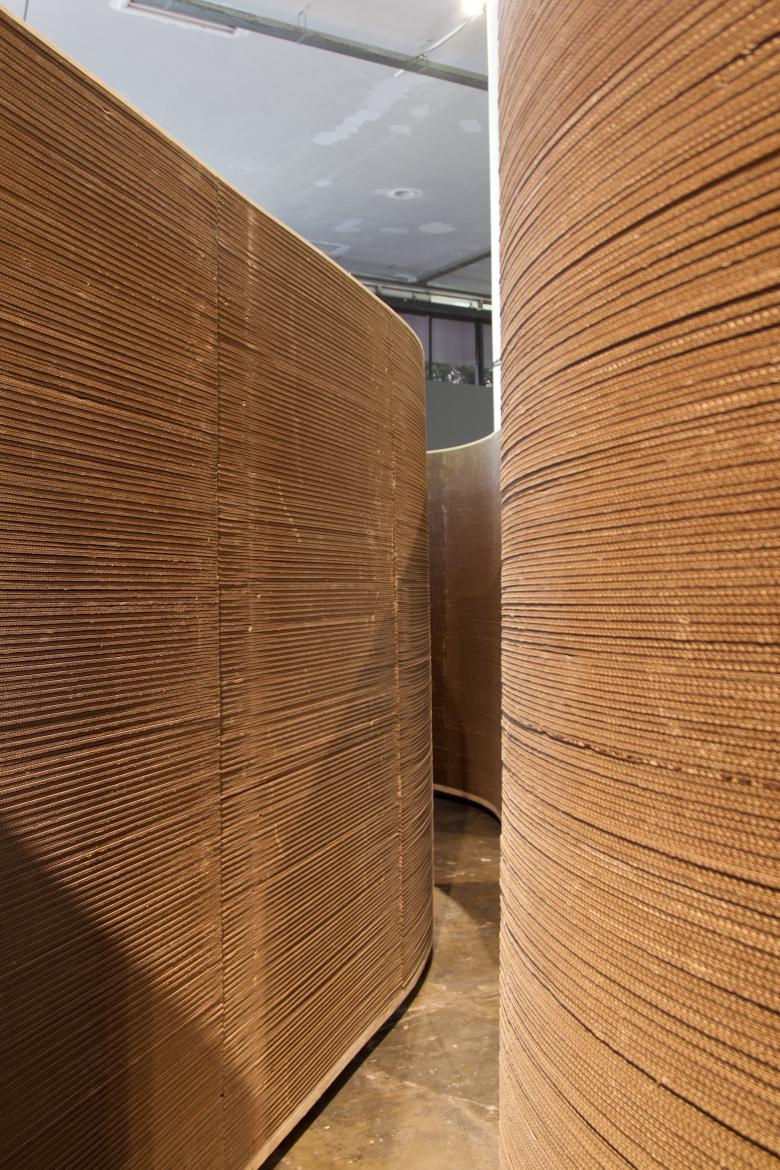 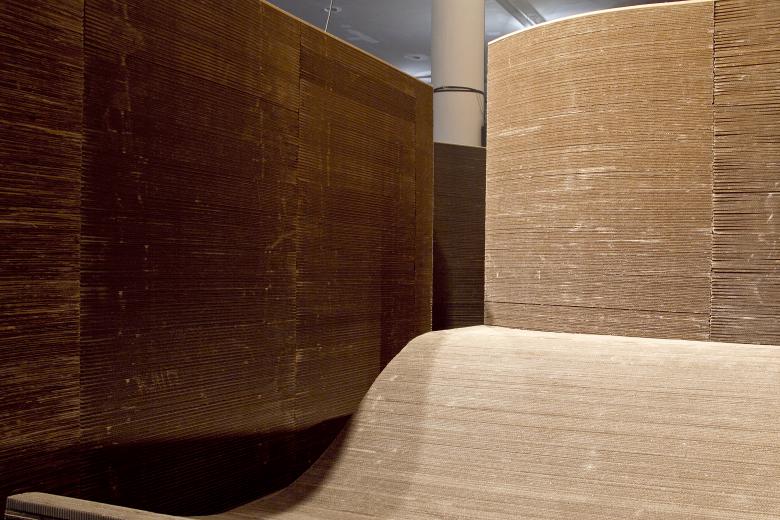 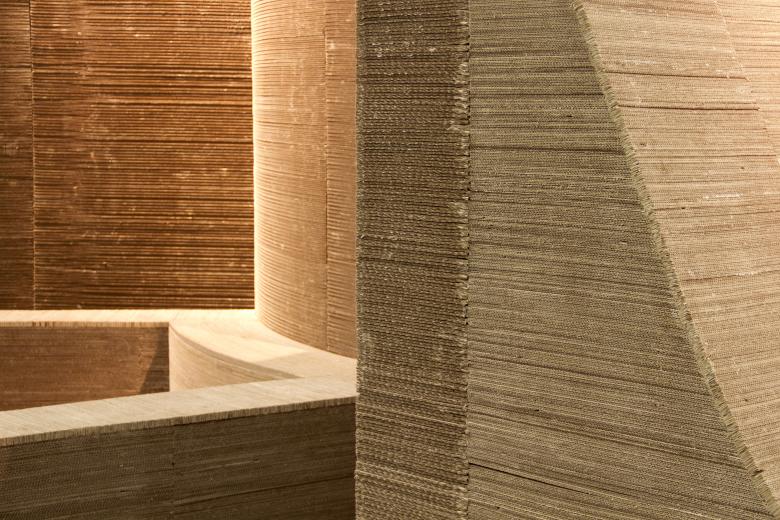 Structured around the theme “There is always a cup of sea to sail in”, the title of the 29th edition of the São Paulo Bienal, held in 2010, had six terreiros (yards destined to receive Afro-Brazilian religious cults) spread throughout its pavilion.

Upon the invitation of the curators Moacir dos Anjos and Agnaldo Farias, Vazio S/A participated in the terreiro “The Other, the Same”, an arena for dance, theatre, and music events that could be rearranged in several ways. Composed of movable trolley modules made out of stacked cardboard, the arena could be prepared as a theatre for shows, isolated from the rest of the exhibition, but could also be expanded (magnifying its space), amalgamated (turning into a maze), shrunk (thus creating lanes, corners, and residual spaces), scattered (diluting its presence to the point of near-invisibility), or simply put to use as benches and chaise lounges for visitor relaxation.