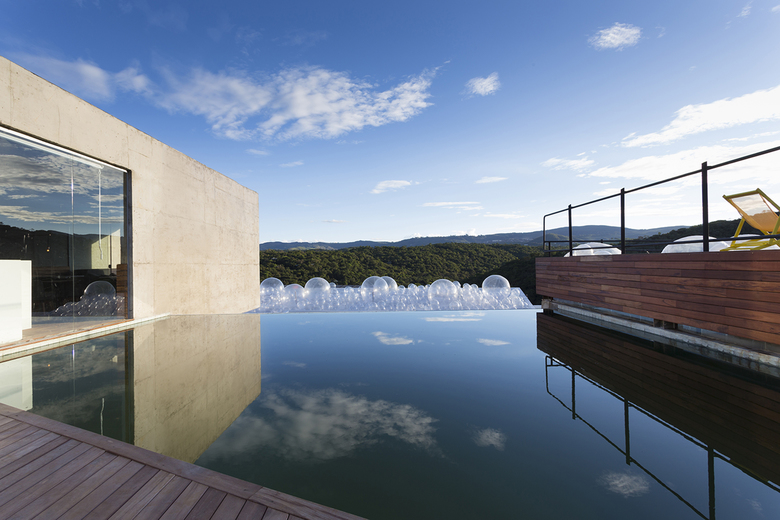 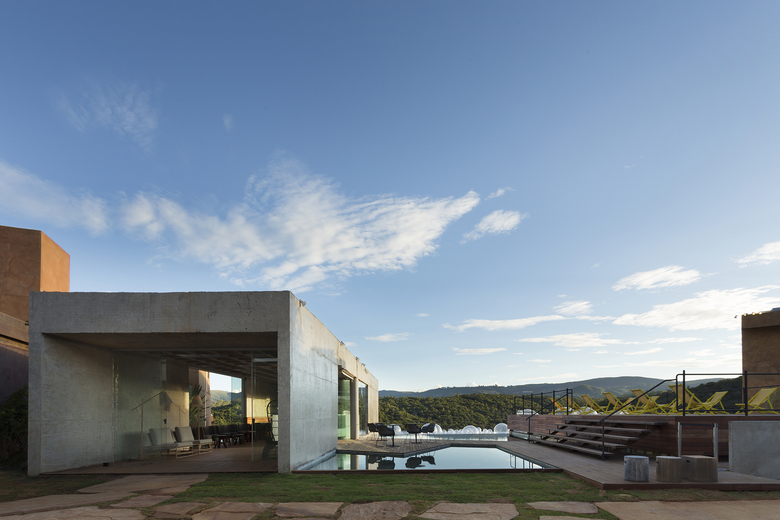 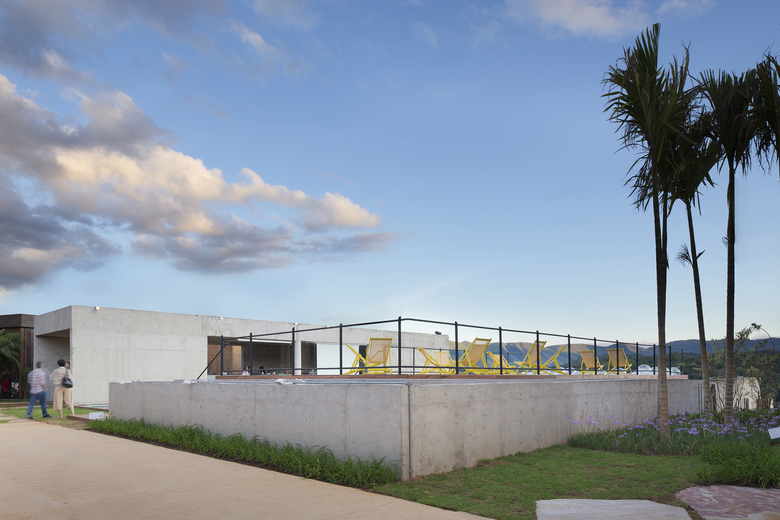 Semi-burried Gallery side view, with Bar on the background.
Photo © gabrielcasstro 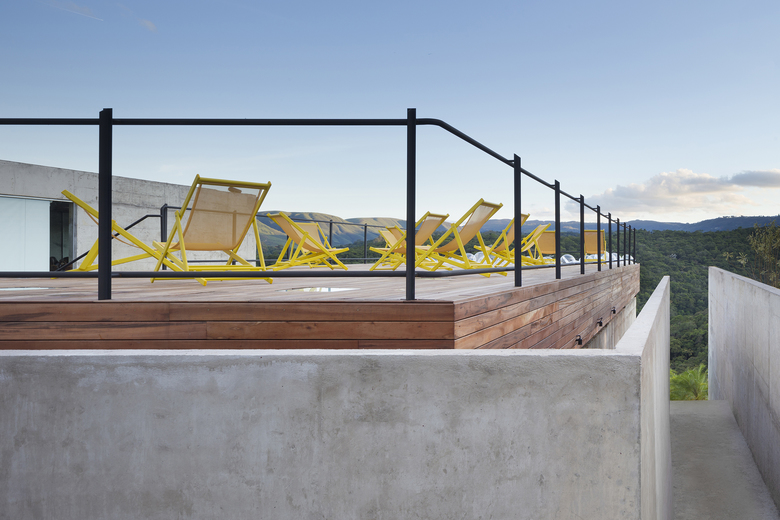 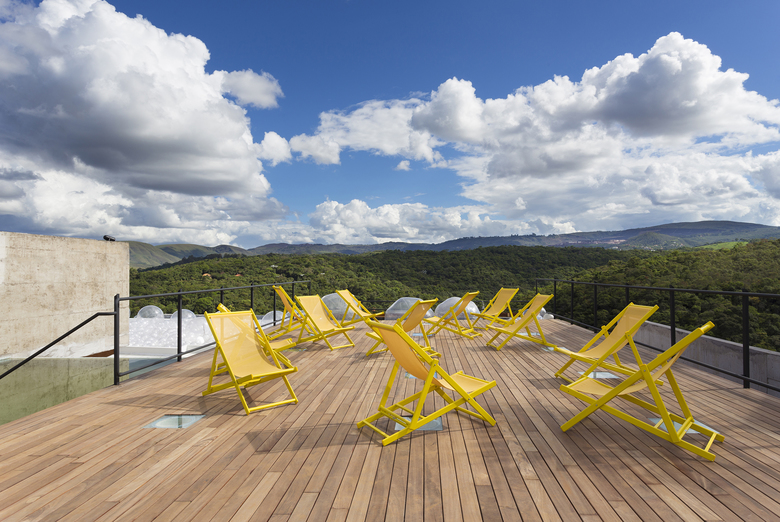 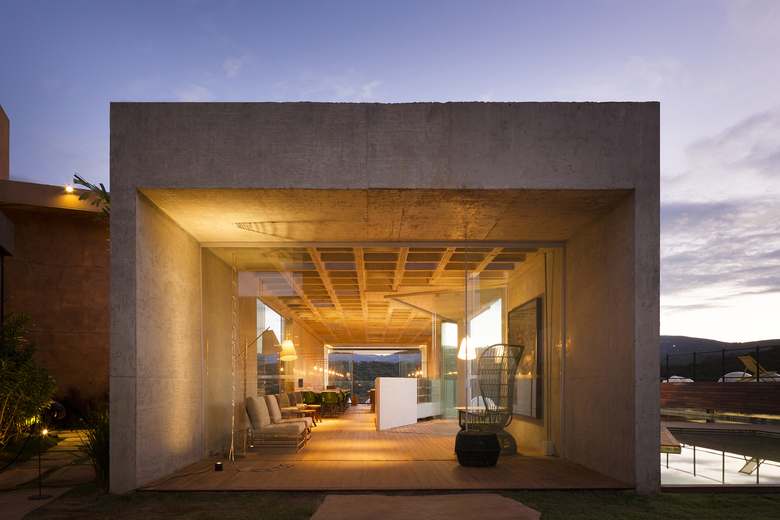 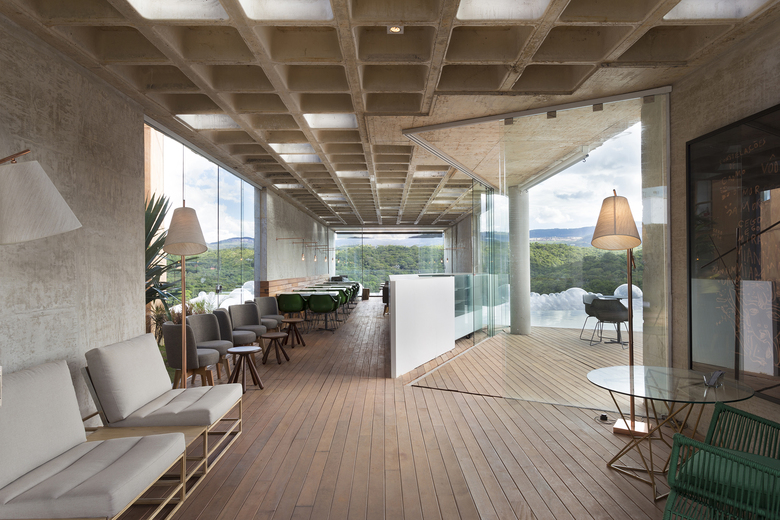 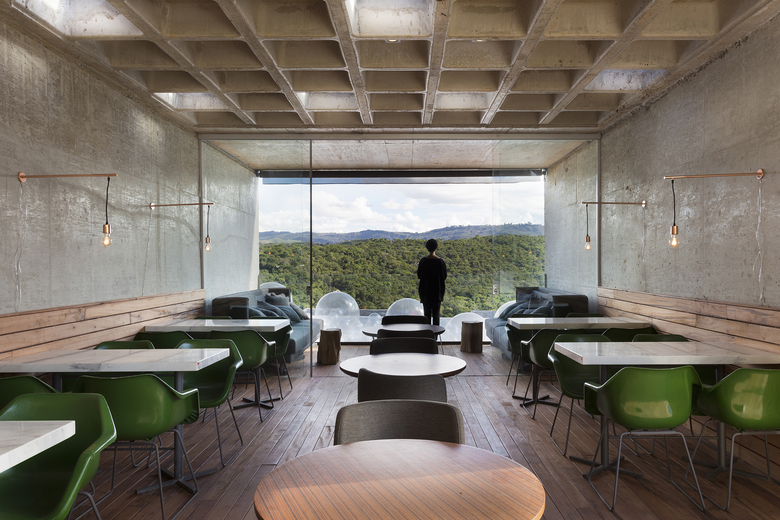 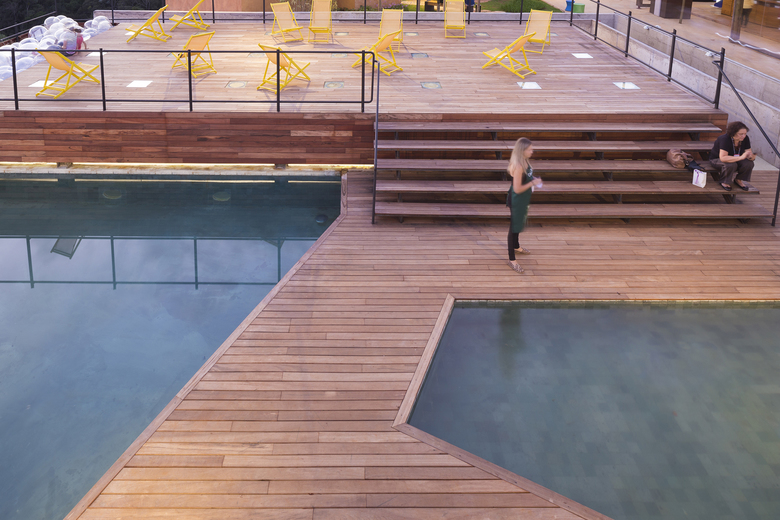 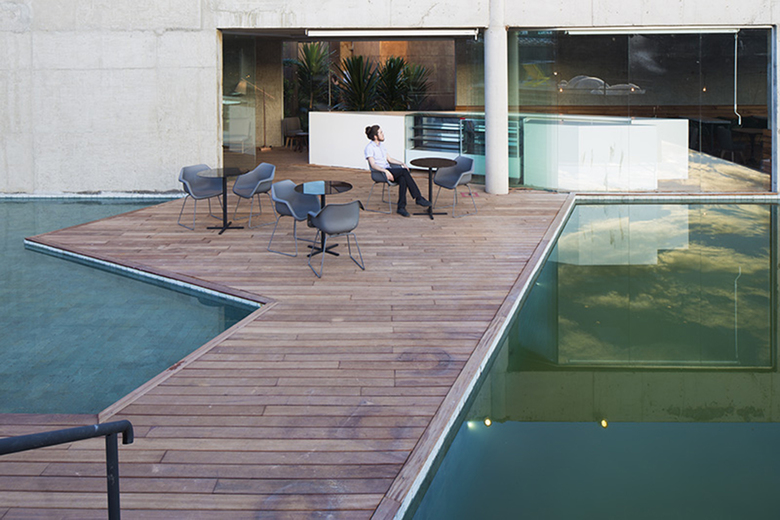 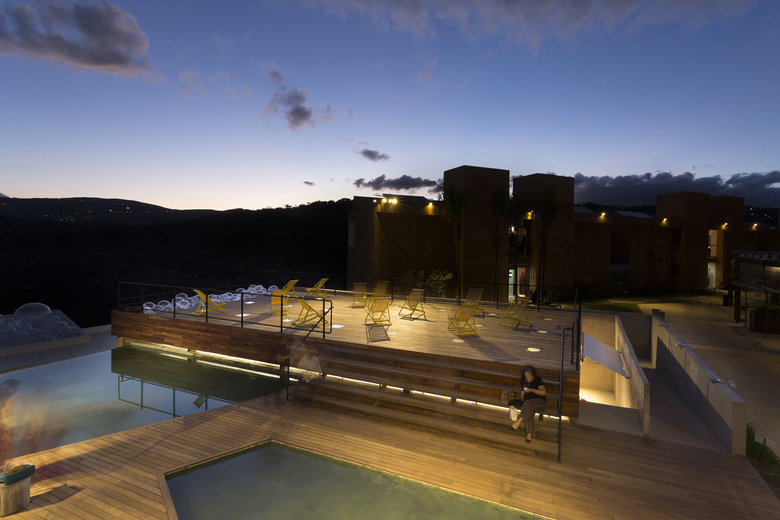 Deck and pool, connection between the Bar and the Gallery.
Photo © gabrielcasstro 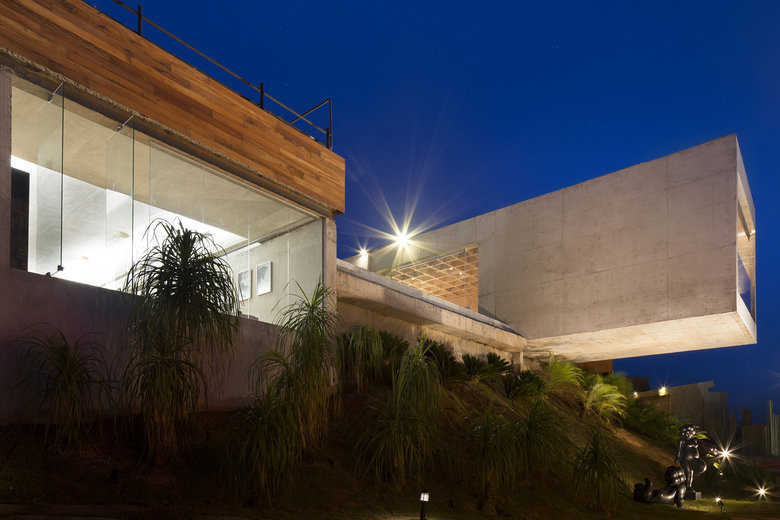 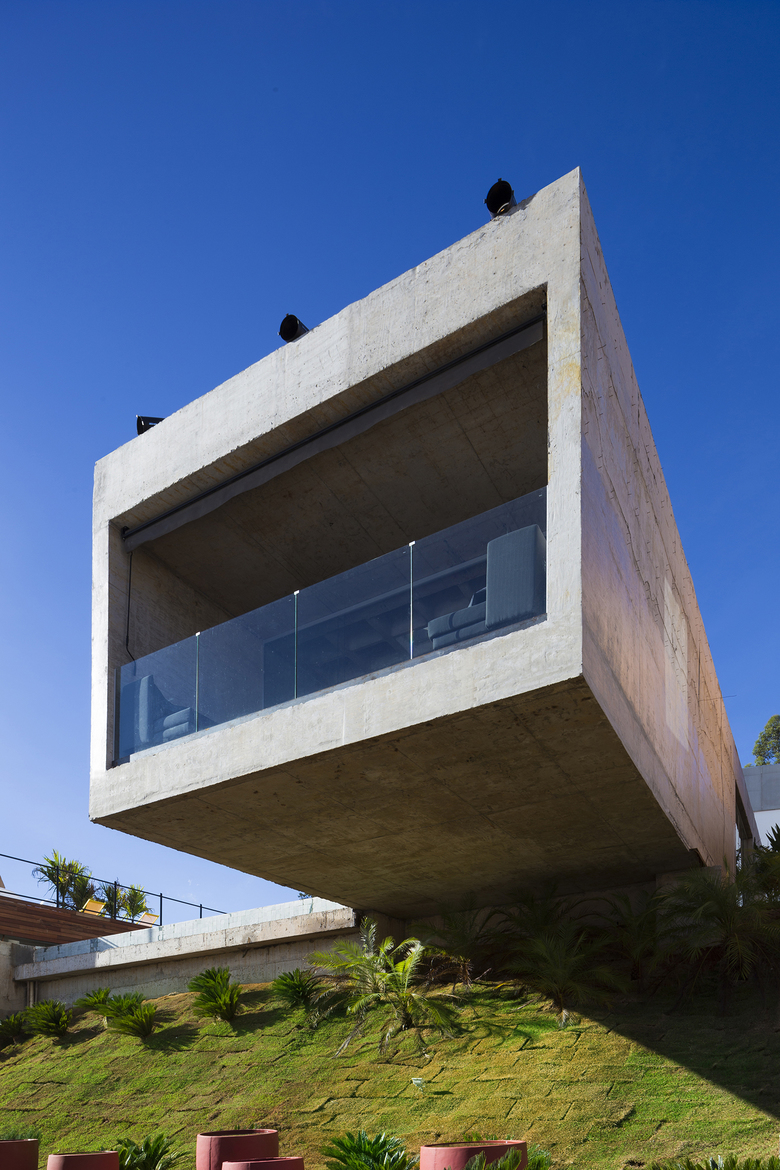 External view of the Gallery, with Bar on the right.
Photo © gabrielcasstro 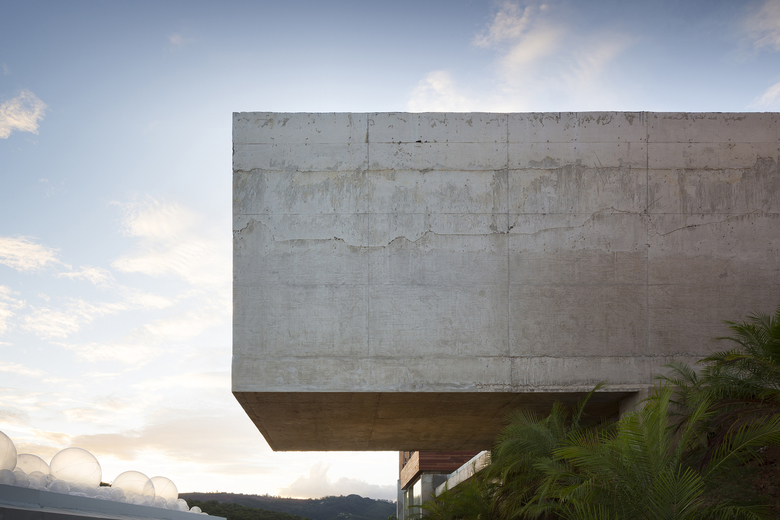 Bar view from the side, cantilever spanning 10m over the site’s slope
Photo © gabrielcasstro 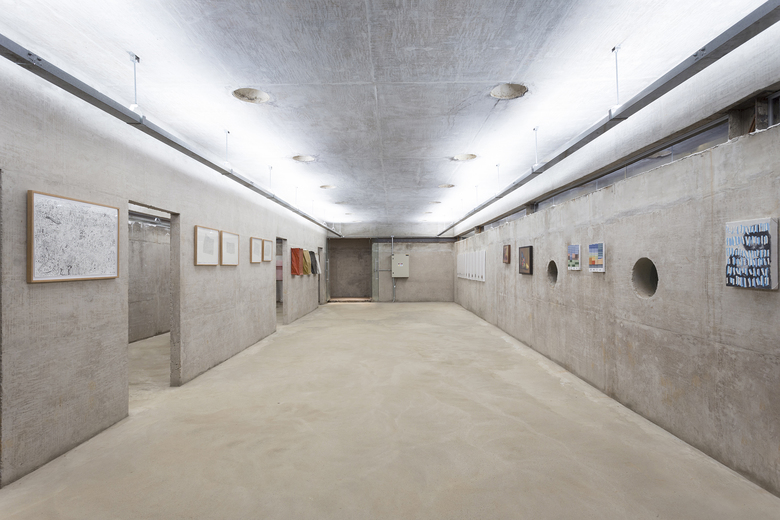 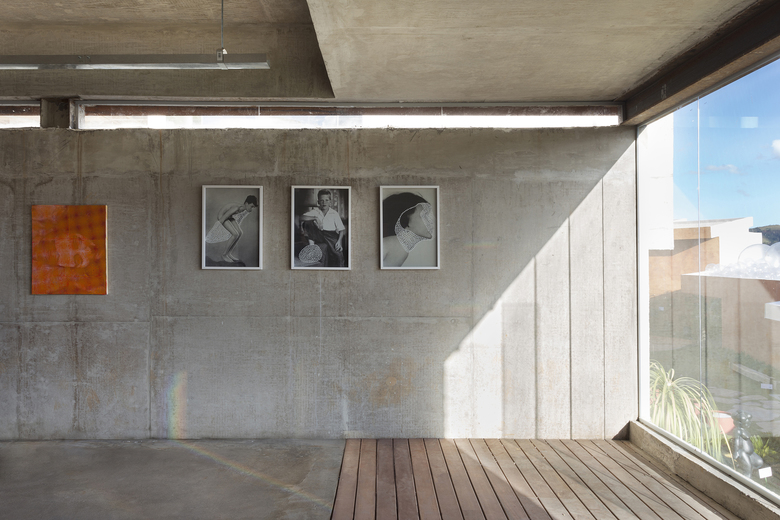 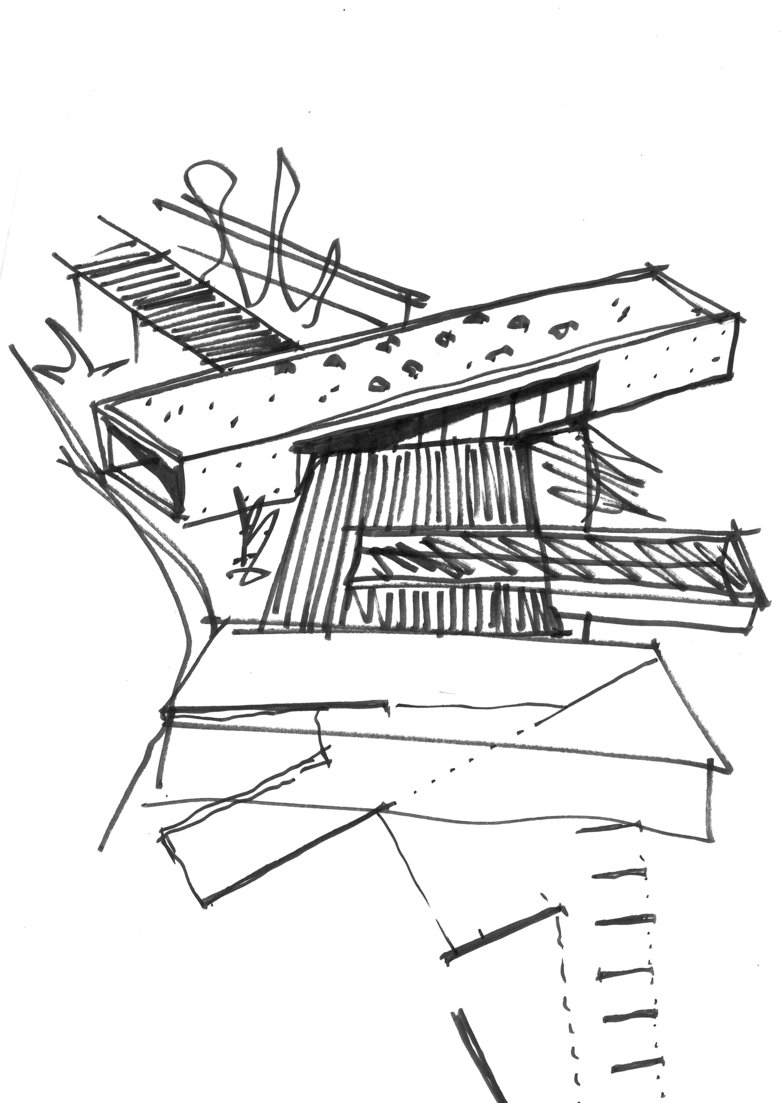 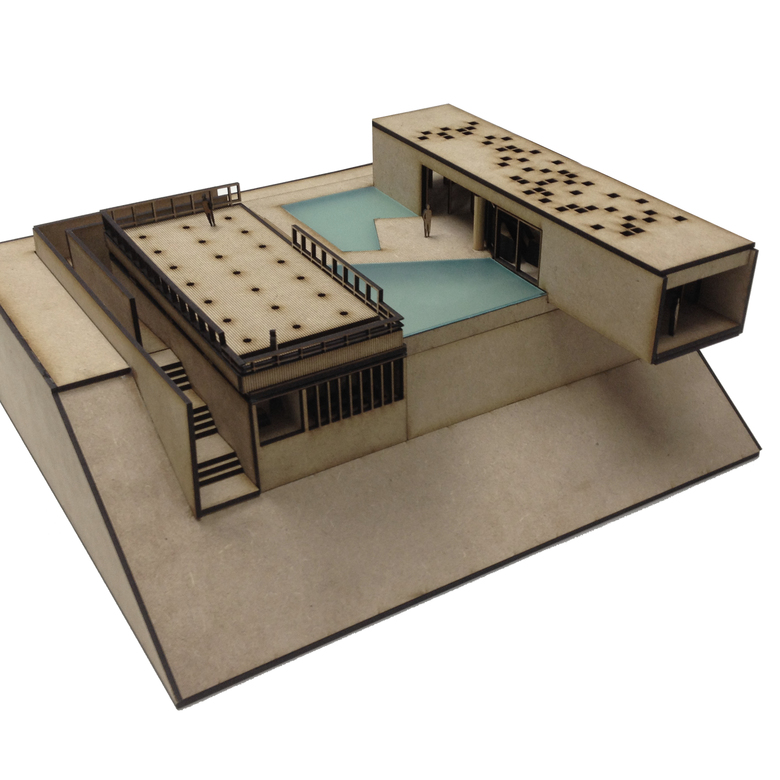 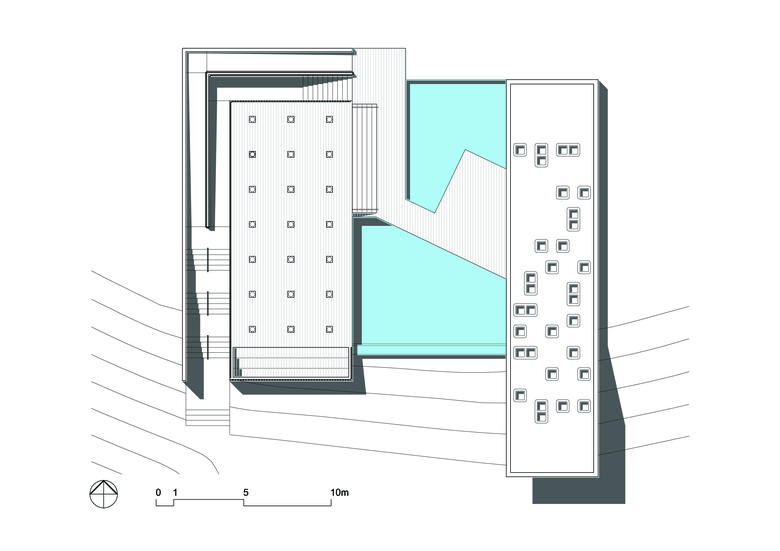 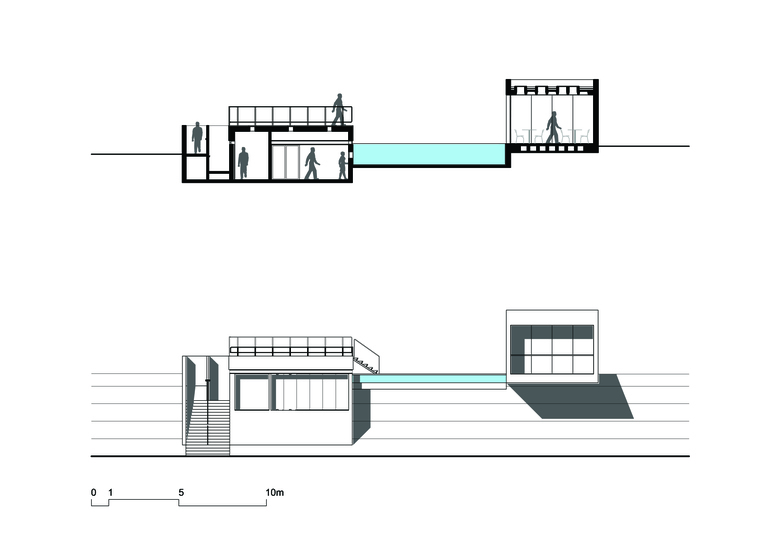 Designed and built over just three months, the “Bar-Pool-Gallery” was planned for the Casa Cor MG 2014 as a kind of a hilltop belvedere. The site is located in the central area of a private weekend retreat development, a series of bungalows with hotel infrastructure scattered on a sloping mountain overlooking the stunning valleys of Nova Lima, 12 km away from the city of Belo Horizonte.

The Project comprises two very simple buildings with a common open space in between. BCMF Architects (http://www.bcmfarquitetos.com/) designed the Bar, while MACh Architects (http://www.mach.arq.br/) designed the Gallery. The open area (swimming-pool and deck) that integrates both structures and programs was designed in collaboration by the two studios, which are frequent partners and share the same working space since 2010)

The Bar is basically a raw concrete “square tube” structure with a cantilever spanning 10m over the site’s slope, pointing out to the landscape. In contrast to its neighbors, identical bungalows that are accommodated according to the contour lines, the horizontal volume of the bar sticks out against the steep topography (north-south orientation), opening up enough space for the pool and deck, which unfolds on the rooftop of the Gallery. The structure is an extremely simple volume (a 3x5x5m prism) as opposed to the pitched roof two-storey bungalows from the condominium, with few stark materials and almost no finishes.

Inside, there is a sequence os places from one end to the other of the tube: veranda (entry porch), lounge, indoor-outdoor bar, main sitting area and, on the end of the cantilever, another veranda framing the landscape. The ribbed pre-cast slab of the ceiling suggested a series of “pixilated” openings to flood the core with soft natural light, while the floor is treated an extension of the swimming pool’s wooden deck. Simple furniture pieces and delicate lighting fixtures fits the interior of the bar (by Ana Bahia), giving it a casual and informal feel.

The Gallery is the only “semi-buried” structure of the development. This strategy allowed open views from the landscape, and the use of the roof as a split-level observatory deck, which is an extension of the swimming-pool deck.

Two raw concrete boxes compose the building: one formed by the floor slab and walls, and the other one formed by the roof slab and beams. Steel columns allow a horizontal gap between the two boxes, bringing a beam of light to the interior as well as views from the swimming pool. The access ramps and stairs play with the landscape, hiding away and revealing views as you approach the sunken space, culminating in a complete opening on the interior that frames the view in a way similar to the Bar’s.